Meet the Man behind the Byzantine Necklace 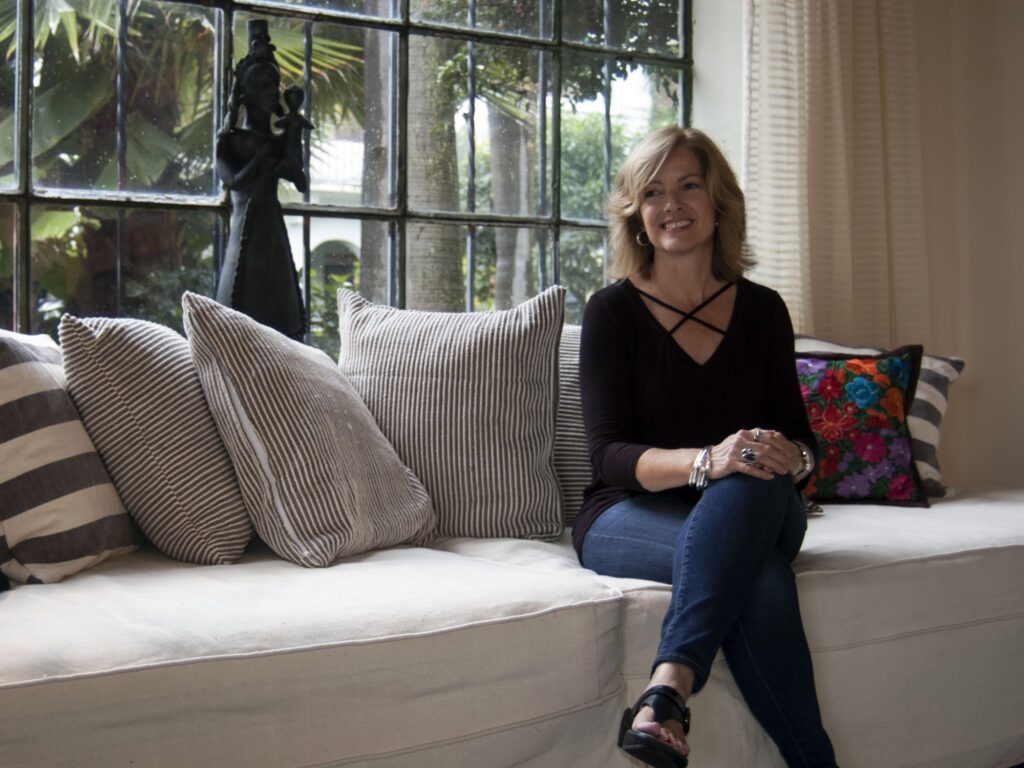 My name is Kathy Geiger and Corazon Sterling is the company that grew out of my love for the beautiful city of Taxco and the designers, silversmiths and workers I have met there.  These artists work very hard at their craft and are proud of their work. The heart behind Corazon Sterling beats for their artwork, the city of Taxco and the friends who have become my family.

Everyone has a story. Over the next couple of months I want to introduce you to a handful of my friends and show you the jewelry that is their livelihood.  I can guarantee you will never look at a ring or a necklace the same again. 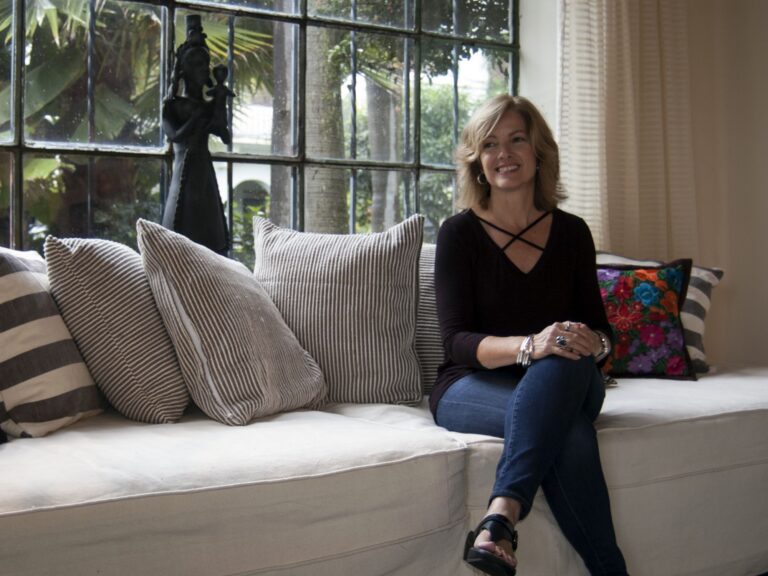 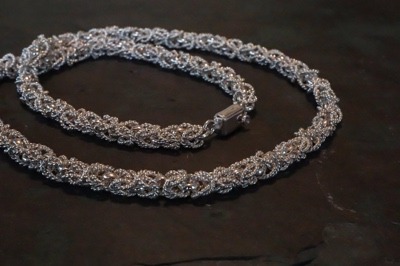 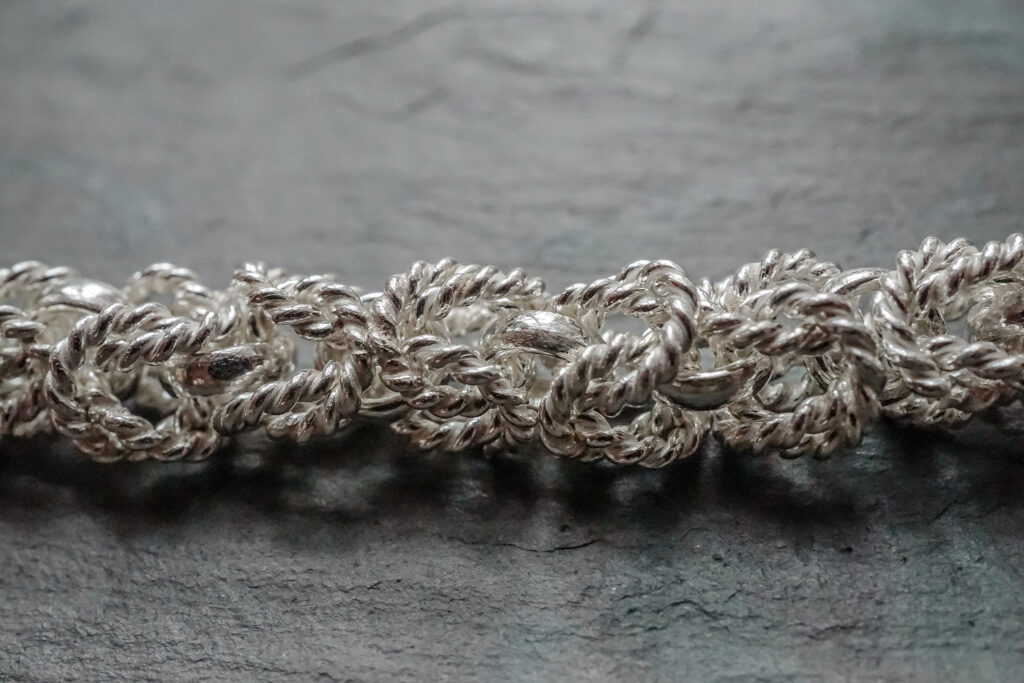 “I started working with jewelry at the age of six or seven years old.”

If you grew up in Taxco, chances are good that your father and your father’s father were involved in some aspect of the silver industry.  Carlos’ father was a miner, spending thirty three years extracting the rocks laden with silver, copper, gold and other metals from the mines located all around Taxco.  When he got sick and too weak to continue, Carlos’ father was forced to retire.  Feeling the responsibility to help care for his family, the young Carlos started working in the silver industry as a “Zorrita” (translated Little Vixen) – one of the hundreds of kids who ran errands for the silver workshops in Taxco, Mexico.

"When I was nineteen, the idea came to us to make the Espuma chain." (Espuma translates, Foam)

THE PROCESS OF MAKING YOUR BYZANTINE CHAIN. SPOILER ALERT - IT TAKES ABOUT AN HOUR PER INCH OF CHAIN!

The Byzantine weave is a traditional design that was softened and modernized when a twisted wire was used to form each ring, rather than the traditional solid wire. The resulting chain is absolutely stunning – a soft, satin glow that sparkles against every skin tone.

““We melt the silver into a rail (think of a square peg), and draw it through a series of diminishing gauges, stretching and reheating over and over again to finally arrive at the thickness we need. To turn this silver wire into a chain we fold it to make a double wire and then twist it tightly around a round rod to create a spiral, then use a hand saw to cut it into individual jump rings. We close each ring with a set of flat pliers one at a time. (!!!). Finally, we soldered each ring shut.”

Once all the jump rings are soldered into “sets”, we loop them with another wire which is called “media caña” [half-round wire]. With the half-round jump ring and the four twisted espuma rings we start forming the chain in small sections.”

"We had many years of experience by then, and we just needed to find customers to sell it to. Our source of orders and sales is the Saturday Tianguis [silver street market]. Every Saturday we go down to the Tianguis to sell the jewelry we manufactured during the week."

As with many artists and silversmiths, the Saturday Market is the family’s sole source of income. Carlos isn’t the only artisan who works all week to create the jewelry his family sells at the weekend market.)

There are hundreds of silversmiths in Taxco, but it takes character as well as talent to earn my respect (and business!).

Shopping at the Saturday Silver Market is stressful and exhausting, but every shopper knows that the Tianguis is the best place to meet new artists and find new designs. The main road is lined with thousands of stalls that extend in every direction along every street, drive and alleyway.  Walking side by side into the market with Shelly is never an option – it’s more like a single file charge into a crush of international and local shoppers, food vendors and beggars.  Watching each other’s back is as important as checking out the wares on each table.

Carlos’ booth has always been a favorite stop.  I don’t know enough Spanish to carry on a long conversation with him, and it would be hard to talk in that arena anyway, but he and his family always greet us with a smile and a genuine warmth that is a welcome respite in the midst of the chaotic day.

His character was confirmed the day when, hours after I picked up my order, his daughter tracked me down on the other side of the arena to return the cash that I overpaid him.  In trying to count out the cash without drawing attention to either of us I inadvertently included an extra $500 peso note.  I had no idea at the time, but as soon as they caught the error the daughter was dispatched to find us and return it. She flatly refused any reward, finally accepting an ice cream cone and a kiss on the cheek.

You followed along as we met Carlos and his family and learned all about his craft. Now let’s take a look at the necklaces and bracelets he brings to the early morning market.  As a bonus, I added pictures of a couple of earrings, bracelets and rings that finish the look!  Now you can tell your friends the story about the man and the family behind it, and feel like you know your new favorite artist!