Mexican-made silver jewelry catapulted into the American market in the early 1930’s largely due to William Spratling, who recognized the inherent talent of the Mexican people and gathered a group of inventive young craftsmen to teach them the discipline of silversmithing.  He published articles about his travels around Mexico and started sending back the masterpieces he was finding: beautiful textiles, pottery and big, bold pieces of silver jewelry. Department stores were delighted! They were unable to find any decoratives in the wake of a devastated Europe and a depressed American economy.  It was the perfect time to introduce heavy, handmade jewelry. Especially since silver was selling for $.28 an ounce!

Taxquenian designers have followed the trends of each generation, swinging back and forth between large and overscale pieces to small and delicate designs, making subtle changes with each pass.

We find ourselves now in the midst of a minimalist movement where women are wearing an eclectic mix of sentimental and personalized pieces in joyful, messy layers. We are choosing smaller pieces that tell our story.  We want to show you jewelry that has been lovingly and individually created by a crafstman to tell your story.  Because stories matter.  Knowing the name and narrative of the craftsman enriches our experience and connects us to one another.

Meet Enrique and the family who found their niche in simplicity

The family workshop where we met Enrique displays a much smaller scale of jewelry than the traditional Aztec designs and stone bibs displayed around him.  This family has been in business as long as their neighbors. In fact, Enrique is the 3rd generation to step forward, but they have followed a different design path. One in keeping with their personal aesthetic.

What distinguishes your jewelry from others is its minimalist look.  Where do you get this inspiration?

“You know, I think it’s something we got from my mom.  She always liked it.  The way she dresses is very simple.  She is someone who likes to use very simple things.

I think our jewelry was also influenced because my parents worked for a German company for many years.  They worked with very simple designs.  I think that also influenced our jewelry line, because they had to get trained.  Their artisans (and they, themselves) learned to pay more attention to detail.  Although a piece can be very simple, the quality is beautiful. I think that the simplest piece is very pretty.  I think that there goes the line between simple, but having a spirit.”   –  Enrique

Everything should be made as simply as possible, but not simpler

Enrique’s grandfather and great-uncle opened the family workshop in Taxco in 1955.  These men passed their training on to their sons (Enrique’s father and uncle), and both men earned the respect of others with award-winning designs and national commissions. They also built a notable “Who’s Who” list of customers, including Mr. Walt Disney.

Like many in Taxco, the family workshop was located right in their home.  A couple of years ago.  However, they decided it was time to help their workers construct workshops in their own homes and work from there, even though they still worked exclusively for the family.

We asked Enrique:  How many years have these workers been working with you?

“Oh, good question!  No one had asked me that before (nor had I asked myself!).  Let’s see, there is one that has been with us since I was a boy.  We are talking about me being about 13 years old!   I am 36, so he’s been with us for about 23 years. And he brought his nephew to work with us as well, who also has been working with us for a good many years.”

When you have an exclusive workshop you have people who depend on you.  We asked Enrique:  So, it isn’t it just a family workshop where you and your family make the jewelry.  How many families depend on you?

“Constantly working for us and that I worry about keeping with work all the time?  It’s four different families.” 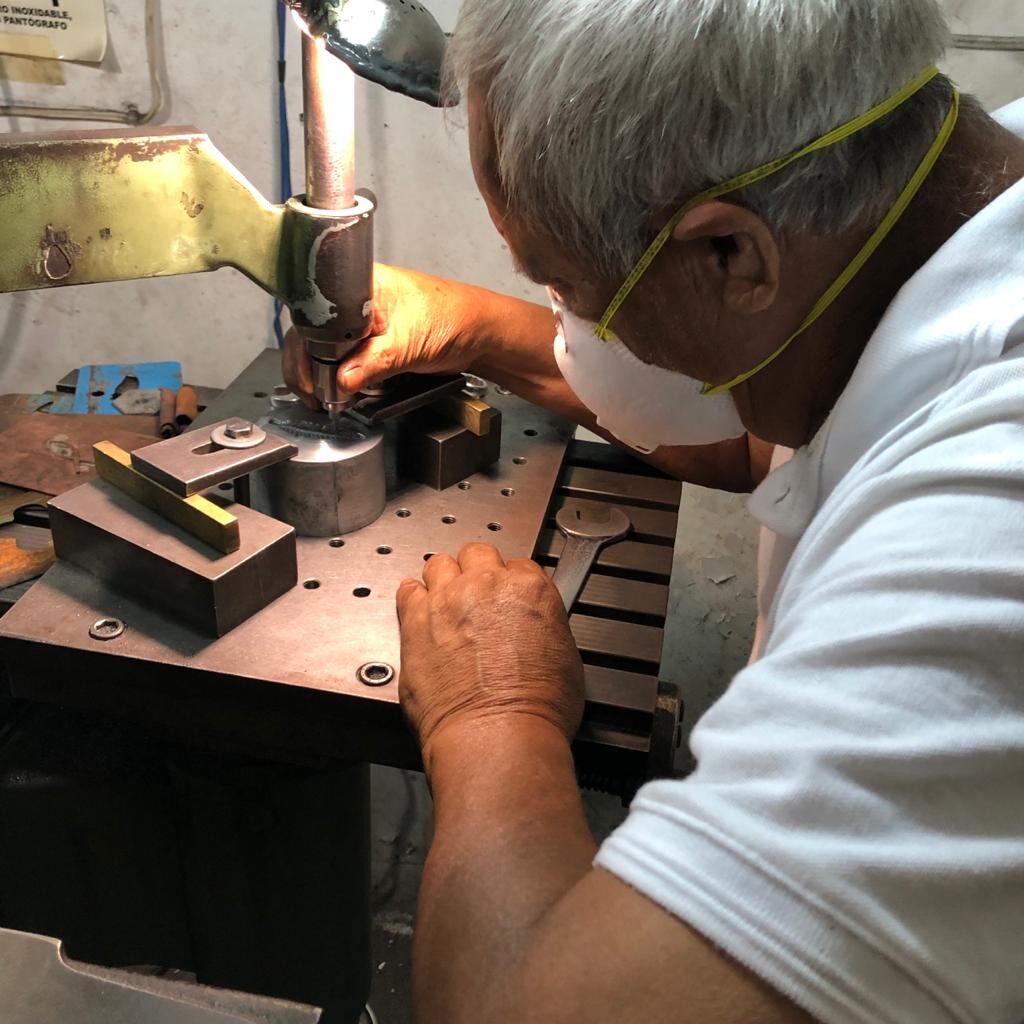 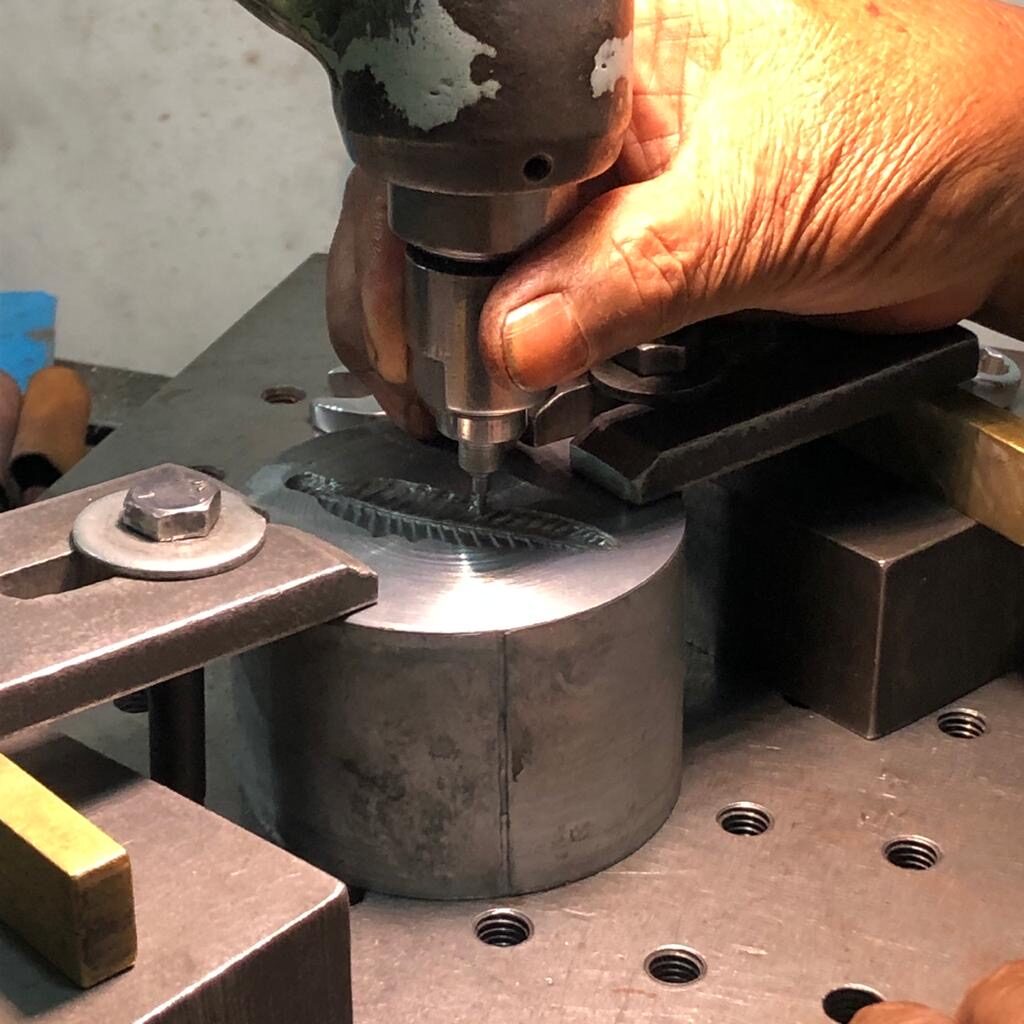 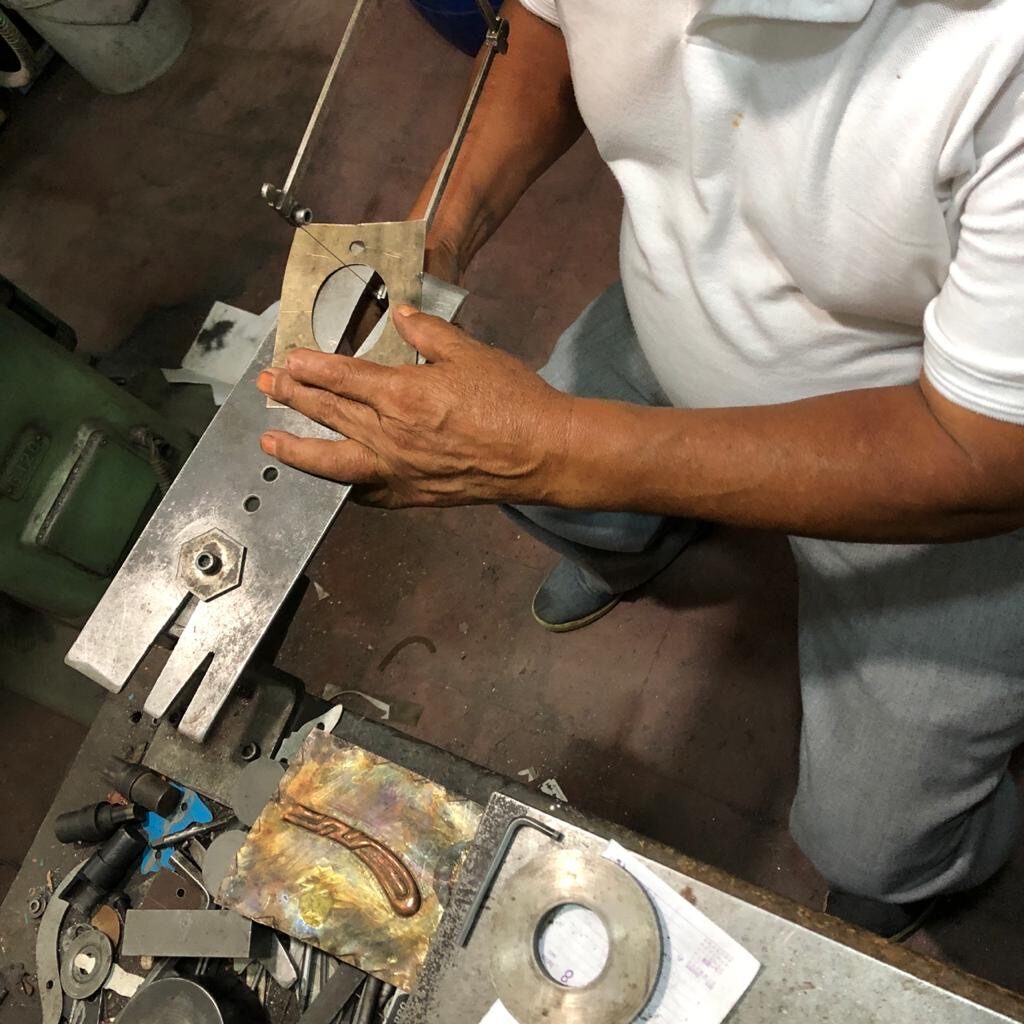 We like designing. We like creating jewelry. I think it could be said that we really like it because of the opportunity to witness creation. Because at the end of the day you see the birth of a piece, starting from when you imagined it in your mind, to have it displayed in your store, or see it on someone wearing it. I think that yes, we like it a lot.

“I think that Mexican jewelry, and specifically jewelry made in Taxco, is very distinguishable because there is a lot of time invested into it. You know that you are going to have a piece well-made.  I think that’s our advantage. This is what has made Taxco world famous.  I believe that the dedication of jewelers shows in how they finish your pieces.  I really like that part, knowing that there was someone who dedicated time and creativity to your piece. Really, if you think about it, you say ‘Hey, that’s cool that there is a whole tradition behind these pieces’. People are not just making them because there is nothing else to do but because there is really a whole tradition behind them.”

“I think right now it’s a trend to get to know who made what you are wearing. I mean, maybe it’s where we are heading now, from buying everything in masses to now maybe buying a piece of jewelry that you know has someone behind it, who put their time and energy into creating that piece.  And because of the fact that you bought it, you gave someone work. Don’t you think?”    –  Enrique

Hey - Did you know that you can shop with us every Monday Night on our Facebook Live Event? 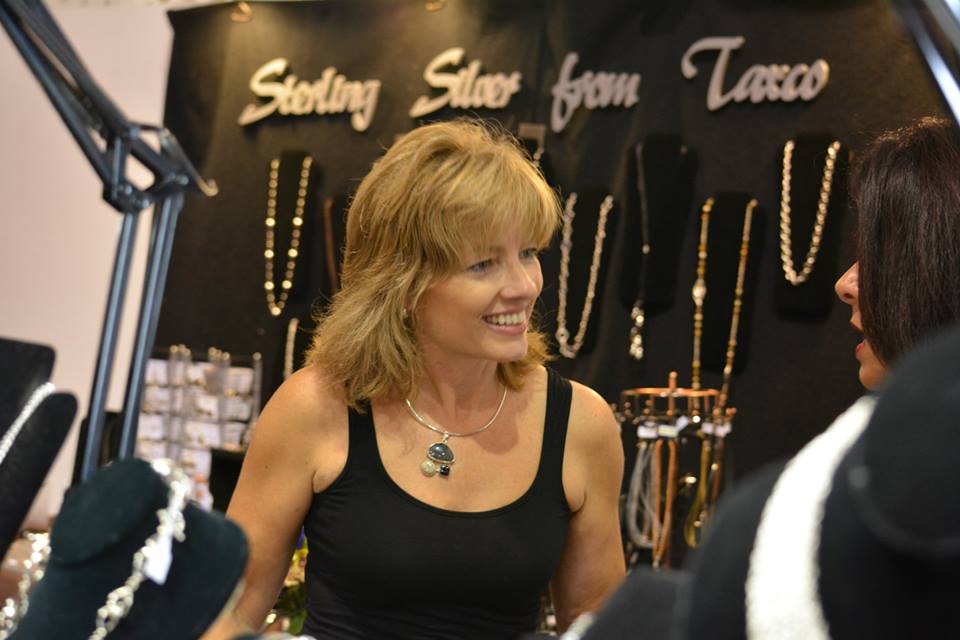 To be honest, Facebook Live Events are an all new — and terrifying — proposition for me, but my friends Enrique, Rosario, Julie and so many others are struggling. They all feel the heavy responsibility of keeping their workers busy and want nothing more than to put food on their tables.

So here’s our plan.  On Last Chance Mondays we will sell off our older designs at deep discounts to help meet my payroll and keep my staff together.  On alternating Mondays we will feature an artist, offer their jewelry and some complimentary pieces, and I pledge to place reorders with them to help them keep their workers busy and put food on their tables, as well.

I am an American, and I am grateful that my government has helped me, a small business owner, survive this crisis.  Let me tell you this: the Mexican Government is not nearly as concerned with their working class.  I’m not going to get all self-righteous and there is no guilt here, but I will say that these beautiful people are our neighbors. Helping them weather this crisis will do nothing but help us all in the long run.

Are you with me?!