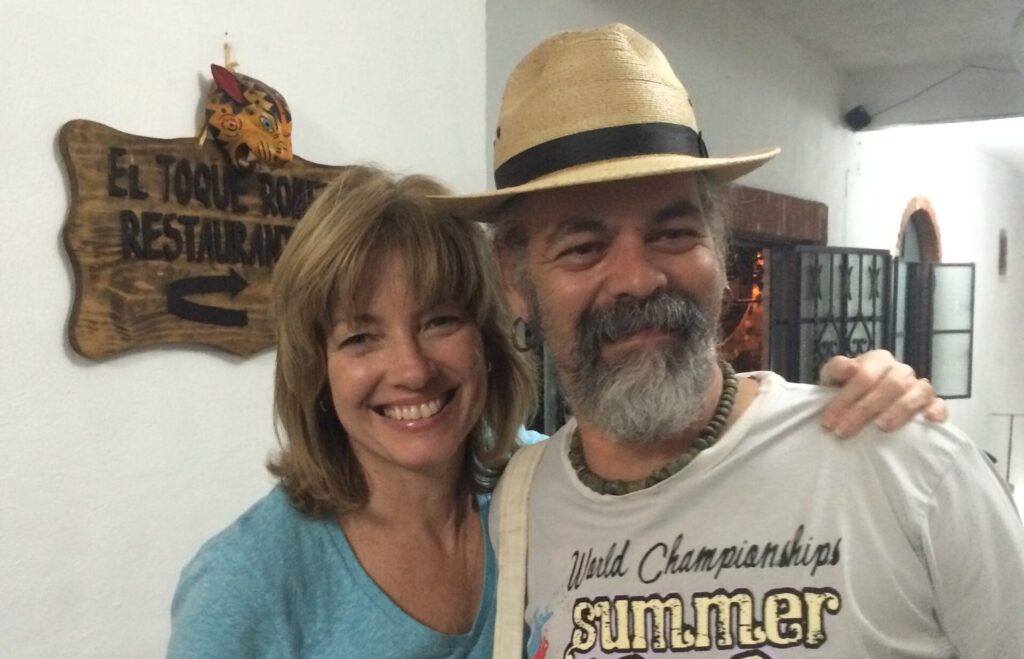 Shop Designs from a Life Lived in Diverse Cultures

Alon’s life certainly supports the theory that a creative mind is expanded and informed by a multi-cultural lifestyle!  An Israeli by birth, Alon left home at the age of 23 and headed for Africa.  He lived there for a year, then moved on through South America, (teaching English in Chile) Central America, (a month in Nicaragua) and then on north to Canada.  He laughingly recounted that he first heard about the Silver School in Taxco from a German man in the Honduras. He arrived in Taxco on a bus, signed up for his first course and started a new chapter.  He eventually married his art teacher. They started a family and a business.

Few of our collections have been as consistently successful as Alon’s Corrugated Collection.  Over the years we have offered these pieces set with turquoise and blue topaz but the pearls always win. The stark contrast between the scrunched oxidized silver and the glistening pearls is mesmerizing. 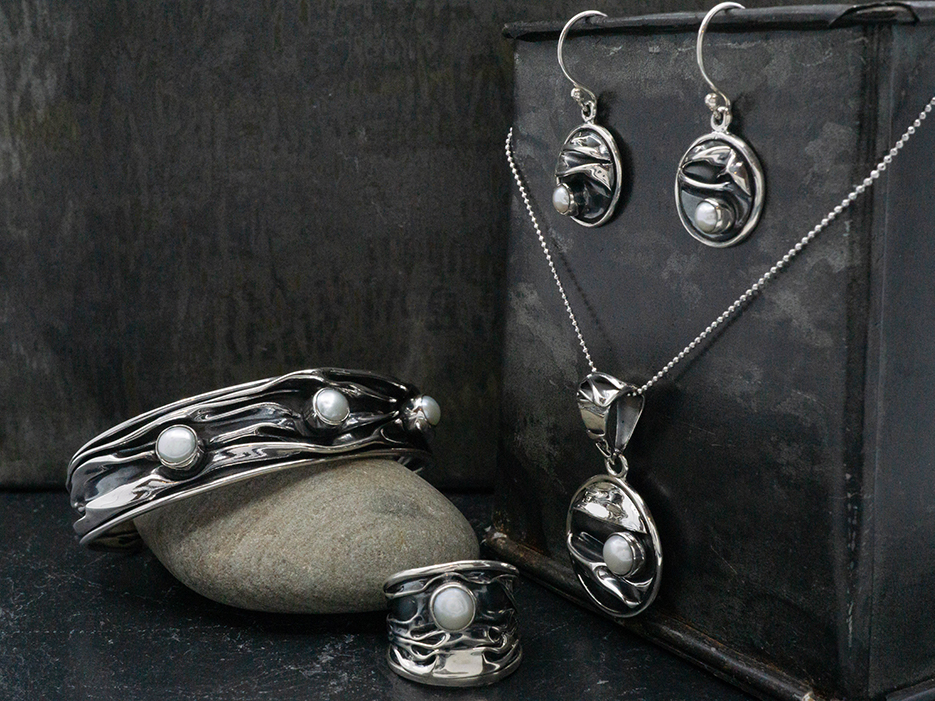 We have to continually be jumping off cliffs and developing our wings on the way down.”

Did I mention that Alon introduced me to Sigi Pineda?!?

I am a big fan of vintage jewelry from Taxco, with a special penchant for the designs of Sigi Pineda. Shortly after meeting Alon, I mentioned my interest and couldn’t have been more surprised when he pulled out a bag of faceted stones and a book of sketches that Sigi had given him and had had asked him to bring to life!

And then he asked me to join them for lunch!!  (I’m the starstruck one in the middle of the picture!)

Their collaboration was gorgeous and the collection sold out quickly!

Sigi played a significant role in Taxco’s halcyon days and I will write about him, and show you some of his designs soon.  He loved life and he loved women, and his designs are a testament to his passion.  A wealth of experience and knowledge went with him when he passed away last year.

Shop Designs from a Life Lived in Rich Colors

Mexico’s color palette is saturated with the mottled, sundrenched colors of reds and golds, cooled by turquoise and silver.  A creative mind can find ways to bring these opposites together in harmony.

Finding Inspiration during the Quarantine

Like most of us, Alon has had some free time on his hands lately.  He spent some of that time on creating future collections but also picked up a needle and thread and started an embroidery project. Then he started baking cakes!  Alon is an artist – and is not tied to expressing his gift through silversmithing.  He’s a drummer with a band, and is well trained in Capoeira, an Afro-Brazilian blend of dance and martial arts.  Chatting with Alon over a nice long dinner is a must when I can! He always has a hundred interesting ideas and a thousand funny experiences to share! 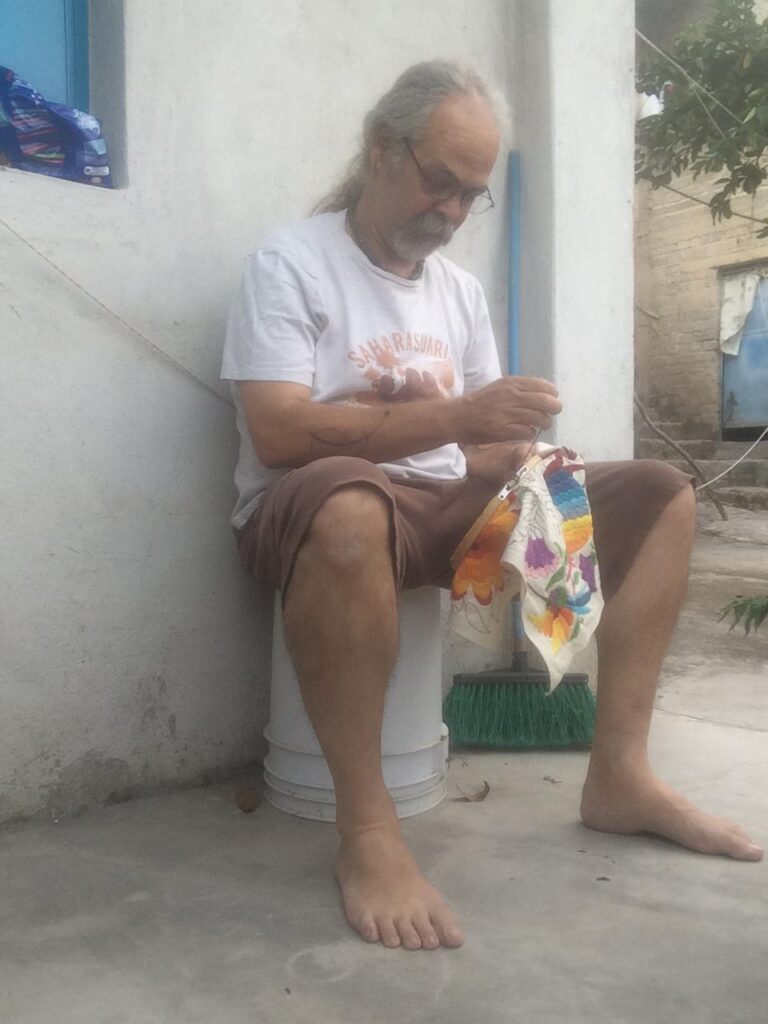 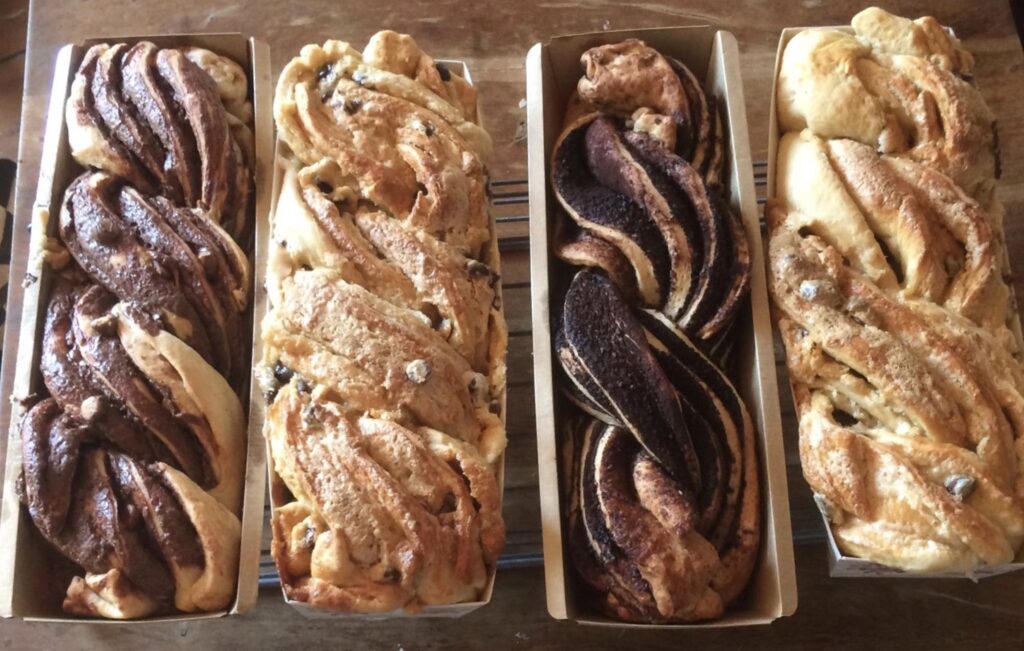 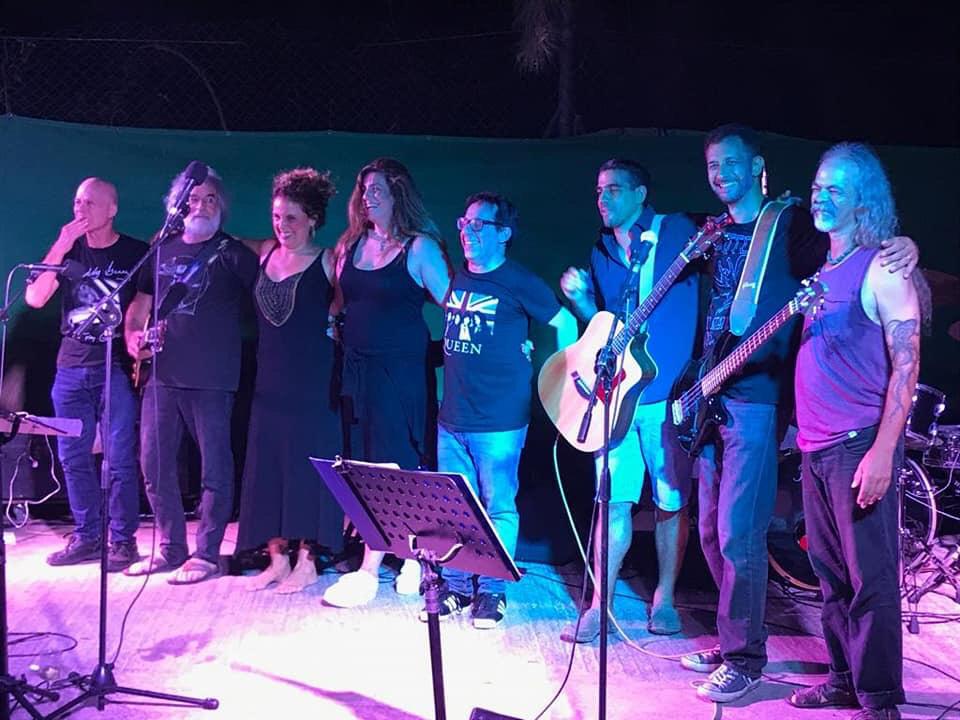 Identifying the Traits of the Creative Person

I stumbled across an article recently, written by Brent Crane for The Atlantic, entitled, “For a More Creative Brain, Travel. How international experiences can open the mind to new ways of thinking.”   I offer Alon as Exhibit A.

The article looked at the lives of the most creative people in the fashion industry and considered a lot of variables, then came up with this theory:  The most creative, successful person has lived in an average of 3 different cultures.  They have soaked up different sights, tastes, sounds and languages and the experience expanded their creativity. Their minds became more nimble.  They can see what others cannot see, and put together things most people wouldn’t dream of putting together.

There are hundreds of silversmiths in Taxco. The jewelry we import is made by dozens of young men and women who grew up in their family workshop and inherited the skill and patience required for their craft.  But there is also a contingent of designers who arrived in Taxco to learn that same craft (there really is a Silver School in Taxco) but they also found an inherent beauty and inspiration there, and they stayed.  Like Alon, they have passports that are held together by rubber bands and scotch tape!  It is our privilege to know them and present their designs through Corazon Sterling.

I don’t know if Ralph Waldo Emerson intended this quote as an observation, a challenge or a promise, but it is true.   “A mind once stretched by a new idea never returns to its original dimensions.”